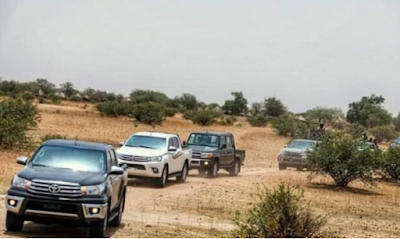 Two persons have died as a result of an accident involving the convoy of Babagana Zulum, governor of Borno state.

The incident took place in the wee hours of Tuesday while the governor was heading to Maiduguri.

Zulum was returning from Mafa local government area (LGA) where he went for the membership revalidation exercise of the All Progressives Congress (APC) when the accident occurred.

A police source who confirmed the incident said a traditional ruler was one of the deceased.

According to the police, the vehicle conveying the Mai-Kanuribe, a district head of Borno in Lagos, somersaulted after a tyre deflated, leading to his death and one other passenger.

Two injured victims were rushed to the hospital while corpses of the two deceased persons have been taken to Maiduguri.

This incident comes four months after Zulum’s convoy was attacked by Boko Haram insurgents twice in one week.