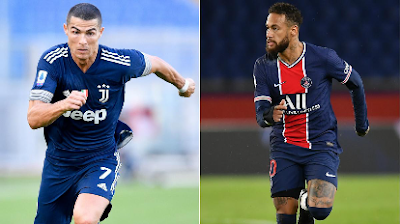 “Most goals in history (134),” UEFA wrote on Twitter alongside the video clip.

“Only player to score in 3 finals.

“Only player to score in 11 straight games.

On Neymar, UEFA, also tweeted alongside the video clip: “Neymar is 29 today!