Home » News » Wake up to your responsibility – CAN charges DSS 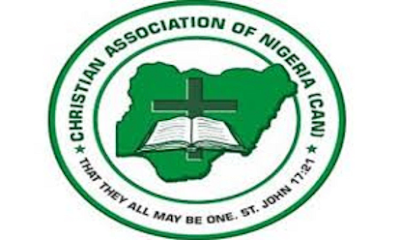 The Christian Association of Nigeria, CAN, has reacted to the alarm raised by the Department of State Security over an alleged plot by some Nigerians to launch ethno-religious violence in some parts of the country.

In a statement issued by its Special Assistant on Media & Publicity, Pastor Bayo Oladeji, CAN asked the DSS and other security agencies to wake up to their responsibility.

It was earlier reported that the DSS had on Wednesday said there was a plot by some groups to launch ethno-religious violence in Sokoto, Kano, Kaduna, Plateau, Rivers, Oyo, Lagos and parts of South East.

Recall that the DSS had recently issued such a warning without any arrest in that regard prior to the current one.

CAN charged the security agency to bring all those responsible for killings and kidnapping in the country to book, adding that with the intelligence that led to the alarm, the perpetrators are known.

“All the killings in the country have been happening without bringing those responsible to book. Are they not aware? People are being kidnapped on the highways and in their residences without any arrest. We wonder why? Those who are shedding the innocent blood and those who are kidnapping for ransom are they spirits”?

The association noted that what was expected from the government was the protection of lives and property of the citizens which according to it, the Nigerian Government governments had not been able to do.

“Sometimes, some suspects will be paraded before the camera but their prosecutions remain unknown. This doesn’t speak well of us as a nation.

“Terrorists, bandits, kidnappers and other criminals are not invincible and until they are being apprehended and successfully prosecuted, people will no longer have respect for those who are in charge of the security. Imagine the ongoing controversy trailing the tenure of the Inspector General of Police”, CAN added.