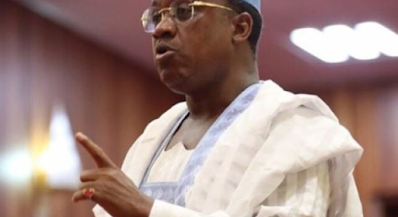 Kabir Marafa, former senator from Zamfara central, says Mai Mala Buni, Yobe governor and chairman of the caretaker committee of the All Progressives Congress (APC), is failing to reconcile aggrieved party members because he is listening to Abdulaziz Yari, former Zamfara governor.

Marafa said this in response to comments credited to Yari.

The former Zamfara governor said he told Buni to “get some sleep” because the APC in Zamfara is “intact”.

The former senator and Yari have been at loggerheads over affairs of the state.

Speaking with journalists on Friday, Marafa said Yari is known for speaking from two sides of his mouth.

“I am not surprised by that statement coming from Yari and I am not bothered; if he says all is well with APC in Zamfara; I agree with him, let us wait for round two,” he said.

“On whether Mai Mala should go to sleep or double his effort is left to him. All I know is the committee is already failing, and they are failing because they are listening to the likes of Yari who always speak from the two sides of their mouth.

“There are a few good people in the committee that mean well to the party and I advise them to wake up and do what they are asked to do and leave the politics of 2023.

“Nobody can bring the position of national chairman to the north now. The moves by some persons within the governors forum to hijack the party and install a serving governor and an expired one to succeed President Buhari will crash the way Yari’s agenda crashed totally.”

Marafa claimed he helped Yari become governor of Zamfara in 2011.

“Let me put the record straight; in 2011 when Yari was desperate to become governor, he came to my house in my village — the night PDP denied me the ticket in favour of the then incumbent senator,” he said.

“Yari begged me to accept their ticket (ANPP) which at that time meant nothing looking at the fact that the federal, state and local government were all under the firm control of the PDP.

“He didn’t bring the ticket to my house because he loved me; ANPP offered me ticket because they were desperate to win the election. He pleaded with me to contest because he knew I have people behind me; they loved me and the people of Zamfara central demonstrated their love for me by giving me 100,000 votes over and above the incumbent senator. The incumbent senator got 93,000 votes and I got 203,000 votes.”