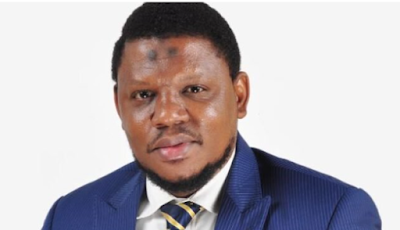 Former presidential aspirant, Adamu Garba, says security forces in the country are not honest in their efforts to crush bandits terrorising the North-West part of the country.

He said renowned Islamic Scholar, Sheikh Abubakar Mahmoud Gumi was able to locate and hold a peace talk with bandits in Zamfara State because he employed a non-combative approach.

Garba, who spoke on a PUNCH Live programme over the weekend, said combative approach has not yielded any result since the country started its counter-insurgency and anti-banditry war over 10 years ago.

hotos of Sheikh Gumi with some bandits in Shinkafi and Gummi Local Government Areas of Zamfara had surfaced online last week.

Sheikh Gumi had visited different bandits’ camps in Zamfara to spread the message of Islam and peace in order to rid the country of kidnappings and banditry.

“Let there be peace; you all have a legitimate concern and grievances, and I believe that since the Niger Delta armed militants were integrated by the Federal Government and are even in the business of pipelines protection, the Federal Government should immediately look into how something like that will be done to the Fulani to provide them with reasonable means of livelihood including jobs, working capitals, entrepreneurship training, building clinic and schooling,” Sheikh Gumi had told the bandits during the visits.

Responding to questions on how best to tackle the insecurity in the North-West and North-East geopolitical zones of the country, Garba said, “Giving them money itself is empowering what they are doing. You can’t neutralise a bandit or a terrorist with money, you will use money to empower him. You can neutralise him by bringing his understanding on the table and show him that he belongs, rather than an external person that should be destroyed.”

Continuing, he said, “The security agents say they don’t know where they (bandits) are and they cannot find them but they are not altogether honest.

“What is the total size of Nigeria? So, you can actually locate them but the problem is that can you confront them and neutralise them using fire power? That is the question. A security man will go there with his own AK-47 and some tanks and bombs, that is what he wants to use. He has to plan and to the best of his knowledge, as long as he is not ready to confront them, he didn’t see them.

“But Sheikh Gumi said, ‘I come in peace, you can search me, I just want to talk, know what is your problem so that I can tell the public you plights, that was why they said, ‘Okay, we are lowering our guards, we will allow you to come, we will tell you our frustration and then we will let you go in peace’.

“If the government should have cultivated that kind of approach, it will have been easier.”

The ex-presidential aspirant further said unfair distribution of economic resources was the spine of the various security challenges confronting the nation.

“Economics is the root cause and the perfect solution to this problem. So, until our politicians or leaders begin to look at economic approach to this problem by lowering their guards and approaching everyone at his own level to bring them on board, we will always be having this problem,” Garba said.