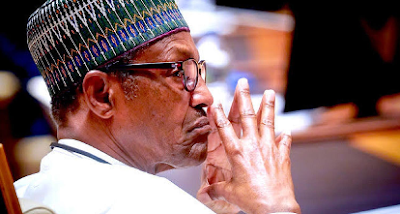 The Coalition of Northern Groups, CNG, has called on President Muhammadu Buhari to take proactive action over the bloodletting in Zamfara and other parts of the North.

The Coalition of Northern Groups, through its spokesman, Suleiman Abdul-Azeez, while presenting the petition to the Speaker, Zamfara State House of Assembly, Nasiru Magarya, expressed dismay at the ugly security scenario in the State despite the several measures being taken by the government.

The groups noted that the situation in Zamfara was becoming worse due to the activities of some selfish and heartless individuals whom they described as the enemies of the people.

The groups called on President Muhammadu Buhari to ensure that all those figured to be supporting or collaborating with bandits in Zamfara State are arrested and prosecuted no matter how big or influential, stressing that they are the greatest threat to peace and tranquility in the country.

The CNG spokesperson noted that the disturbing reports of bandits and internal collaborators is creating a fearful society, noting that there is the need by relevant authorities to take drastic measures to nib it in the bud.

The groups explained, “We are here to condemn what happened in the State recently when some politicians attacked the State’s police command to rescue some of their members arrested by the police. We condemn their action and want appropriate lawful action taken.”

The Coalition said that Zamfara State has for long faced problems with armed groups stealing cattle, kidnapping for ransom and attacking communities.

More recently, the groups noted that there has been a growth in informal mining activity in the mineral-rich region that has attracted people from outside the State, thereby, further fuelling instability in the State.

Responding, the Speaker, Zamfara State House of Assembly, Alhaji Nasiru Magarya, reiterated the commitments to promote security in the State.

He said that the State government is aware that despite the peace achieved, some elements are trying to disabuse the efforts of government towards ensuring peace.